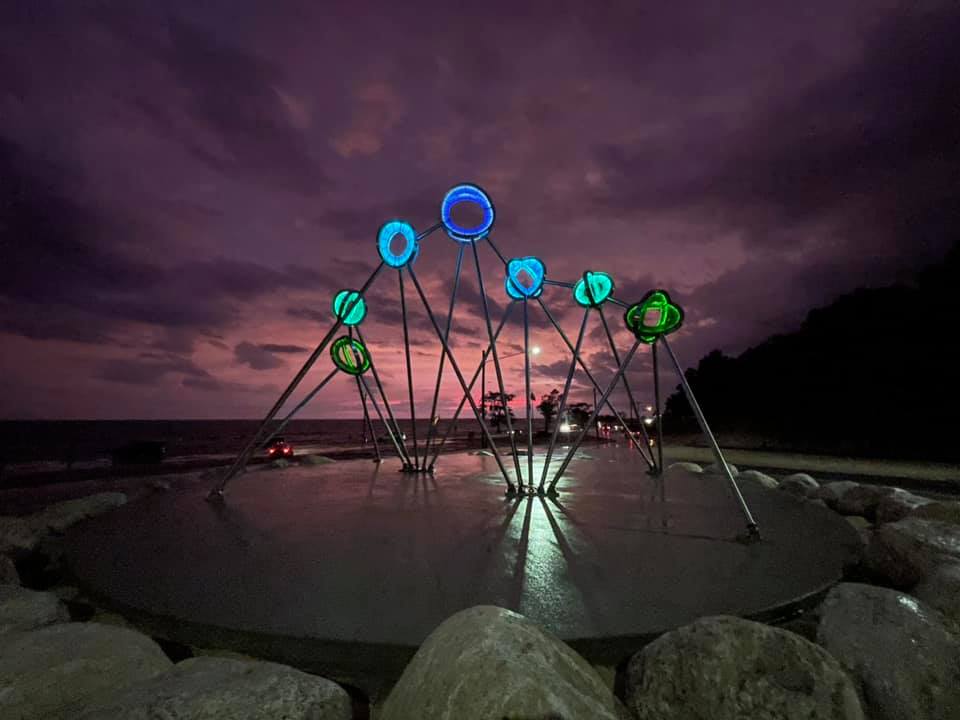 John Littleton and Kate Vogel, the artists who created Celebrating Muskegon, the outstanding sculpture in the roundabout at Lakeshore Drive and Beach Street installed this past April, will be in Muskegon to talk about their sculpture and about their more than 30 years of working together and creating art.
John Littleton and Kate Vogel are American studio glass artists who have worked collaboratively since 1979. John and Kate’s life together as artists began shortly after they met at the University of Wisconsin Madison in the late 1970s, where they both received their undergraduate degrees. They live in the mountains of North Carolina where they began their collaboration on blown and cast glass in the studio of John’s father, Harvey Littleton, who is widely regarded as the founder of the Studio Glass Movement.

Littleton’s and Vogel’s work is in public and private collections in the United States, Europe, and Japan, including institutions such as the Art in Embassies Program; The Corning Museum of Glass in Corning, NY; the White House Collection at The Clinton Library in Little Rock, AR; High Museum of Art in Atlanta, GA; the Mint Museum in Charlotte, NC; and the Muskegon Museum of Art.