In the 1940s, the L.C. and Margaret Walker Foundation began to purchase significant prints for the Muskegon Museum of Art, including those by Rembrandt, Albrecht Dürer, and Francisco Goya. Today, the Walker Print Collection is a defining facet of our museum and boasts numerous rare, highly prized etchings and engravings. Over the decades, funds from the Walker Foundation have also provided for the acquisition of paintings by Camille Pissarro, Pierre Bonnard, and Edouard Vuillard. At any time, numerous works from the Walker gifts are on public display, pieces that have come to define the museum and its internationally recognized collection. Truly, the contributions of the Walker family have served to shape what the Muskegon Museum of Art has become. This exhibition presents highlights from the Walker family gifts, calling attention to how truly significant their legacy is to the museum’s identity. 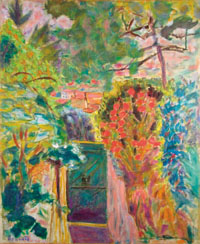 Louis Carlisle Walker was a prominent business leader, politician, and philanthropist in West Michigan. He lived with his wife Margaret Mercer in North Muskegon until her death in 1956. L.C. Walker and Arch Wilkinson Shaw were the founding partners of the Shaw Walker Furniture Company, an iconic West Michigan firm that continues today as an acquisition of Knoll Furniture. An active supporter of the community, Walker was a member of numerous civic and business organizations. In addition to managing his business, he was the vice-president, president, and director of the Hackley Union National Bank from 1929-1958; helped organize and headed the Muskegon Federal Savings and Loan Association from 1933-1948; and served on the Muskegon Board of Education from 1917-1927. While on the Board of Education, Walker led the Library and Arts Committee, which oversaw museum operations.

After L.C. Walker’s death in 1963, Shaw Walker, L.C. Walker’s son, took over the family business and continued, with his wife Betty, to support both the community and the Muskegon Museum of Art.

In the 1980s, the Walker Foundation contributed a substantial gift to the Muskegon Museum of Art’s expansion. The Walker wing transformed what the museum was and what it could accomplish, adding new galleries, collection storage, staff offices, and work areas. When we look back to the major exhibitions and programs the MMA has hosted and organized in the past decades, few would have been possible without the Walker Galleries. The ongoing expansion of our permanent collection would likewise have been impossible without the new storage spaces the Walker gift enabled. What we were, and what we could be, were profoundly elevated by the Walker gift. 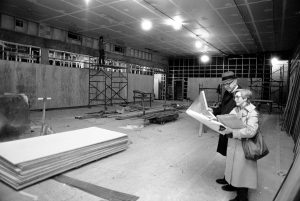 The Walkers also continue to regularly contribute funds to the purchase of art for the collection, highlights of which include works by Winfred Rembert, Deborah Butterfield, Maria Tomasula, Robert Riggs, John George Brown, Carducius Plantagenet Ream, and Robert Henri. Through a gift of the Walkers, the museum was also able to establish a new art acquisition fund, providing the largest opportunity for art buying since Charles Hackley’s founding gift. This new L.C. and Margaret Walker Fund, since its inception, has allowed for the purchase of significant paintings by William Glackens, Theodore Earl Butler, and Dale Nichols, among others. In our collection today, 262 works of art are credited all, or in part, to Walker family gifts. 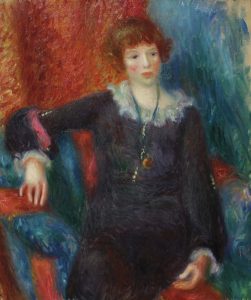 Shaw Walker died in 2009, at the age of 95. His wife Betty now sustains the Walker legacy and continues to work closely with the MMA. As the museum innovates and evolves, the Walker legacy endures as a defining core of who we are and hope to become in the future.