WOMEN AT THE FOREFRONT: Stories from the Permanent Collection

Women at the Forefront: Stories from the Permanent Collection presents artworks by highly influential and successful women in exhibiting, teaching, innovating, advocating, and pioneering. Today, they are household names and their legacies endure. This exhibition highlights the stories of these women through their art and accompanying text, calling attention to their achievements and celebrating the contributions of women through the decades. 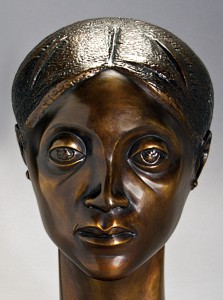 Beyond the Ceiling: Women of Studio Glass 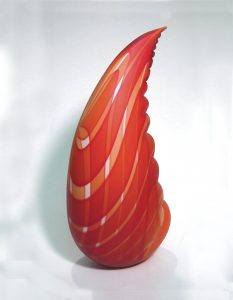 Nancy Callan (American, b. 1964)
Flight of the Lobster
Blown and etched glass, 2008
Purchase, through the gifts of Stephanie Dresen and an Anonymous Donor, by exchange
2009.11

Beyond the Ceiling: Women of Studio Glass celebrates the contributions of women artists to the international movement of studio glass making. Enhancing the Muskegon Museum of Art’s own permanent collection with loans by contemporary women artists, this exhibition showcases a range of interests and design in glass, revealing the innovations and vision that women have contributed over the decades. 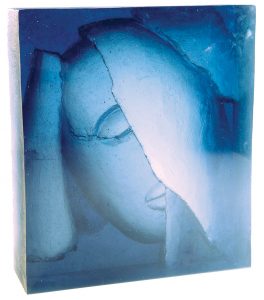 The paintings of Aneka Ingold, 2019 Bennett Prize winner, are presented alongside Rising Voices 2. The MMA will feature artwork made during Ingold’s two years of Prize support. Her paint and colored pencil paintings merge intricate detail with flat and bold graphics to tell stories of womanhood, of her own experiences and those of women through history. 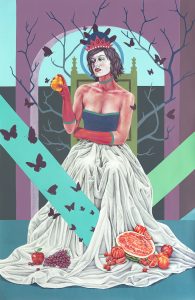 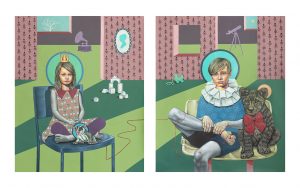 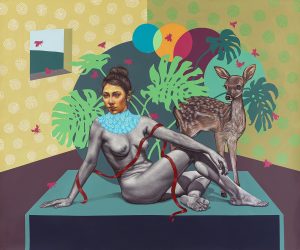 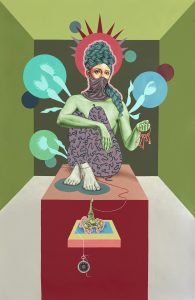 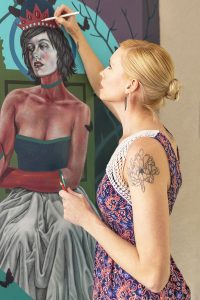 Underwritten by the Susan & Frank Bednarek Fund of the Community Foundation for Muskegon County.

Ten women from across the country who paint in the figurative realist style were named finalists for the $50,000 Bennett Prize®, the largest art award ever offered solely to women figurative realist painters, and now in its second round of awards. The finalists were selected from among 674 entrants, a number that surpasses the entrants in 2018, the inaugural year of The Prize. Endowed at The Pittsburgh Foundation by art collectors Steven Alan Bennett and Dr. Elaine Melotti Schmidt, The Prize is designed to propel the careers of women artists.

The winner of the $50,000 award will be announced at the Rising Voices 2: The Bennett Prize for Women Figurative Realist Painters exhibition opening on May 27. An exhibition of the finalists’ works will travel following the Muskegon Museum of Art showing. Stops in Florida, Georgia and Tennessee are planned and more venues will be added. Alongside the finalists exhibition, the winner of The Bennett Prize 1, Aneka Ingold, will present her solo show. 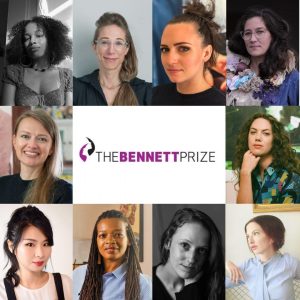 Find full biographical information, head shots and samples of their work at www.thebennettprize.org/2.0-Finalists.

Click HERE to view artworks available for purchase that were created by Bennett Prize® finalists in the inaugural Rising Voices 1 exhibition in 2019. Please call the Muskegon Museum of Art at 231-720-2582 to inquire about purchasing. The artworks appear in the Rising Voices 1: The Bennett Prize for Women Figurative Realist Painters traveling exhibition. 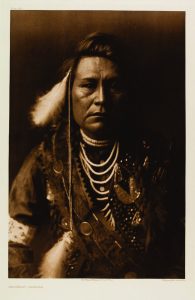 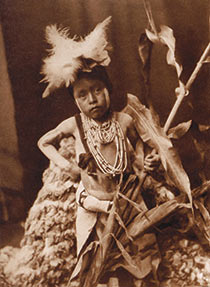 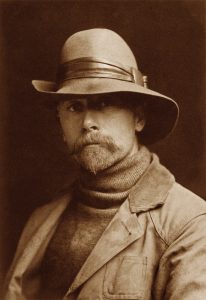