“John Jorgenson is one of my most favorite players. My guitarist’s guitarist.” – PETER FRAMPTON

“If there was one guitar player I’d like to be, it would be John Jorgenson.” – BRAD PAISLEY

“This is a display of virtuosity rarely rendered.” – FRETBOARD JOURNAL

Jorgenson and Pedersen are founders (with Chris Hillman of The Byrds) of the formative country rock group Desert Rose Band. Jorgenson went on to found the Hellecasters, toured with Elton John for six years and worked with artists from Barbra Streisand and Bonnie Raitt to Earl Scruggs and Tom Petty. Jorgenson portrayed Django Reinhardt in the Hollywood feature film Head in the Clouds starring Charlize Theron. In 2008, Jorgenson won a Grammy for Best Country Instrumental with Brad Paisley and was nominated for Best Bluegrass Album with Earl Scruggs.

Mark Fain played bass for Ricky Skaggs and Kentucky Thunder for 13 years. He toured and recorded with The Dixie Chicks, Alan Jackson, Travis Tritt, Dwight Yoakam, Alison Krauss, and Dolly Parton, as well as producing many artists in jazz, country, bluegrass, and gospel genres. Patrick Sauber is a multi-instrumentalist who has toured with Peter Rowan and Laurie Lewis and appeared on screen in A Mighty Wind.

The Muskegon Museum of Art is located at 296 W. Webster Ave., Muskegon, Michigan. Visitor information is available at muskegonartmuseum.org.

MUSKEGON, MI — Come play mini-golf at the Muskegon Museum of Art. Explore the galleries and art as you perfect your putt in a fully playable, 9-hole mini-golf course that is filled with challenging obstacles, mazes, optical illusions, towering sculptures, and more!

Each hole is custom designed and inspired by artwork from the museum’s private collection. Take a trip to Venice, play “The Floor is Lava”, and get lost in the woods in this exciting and unique family-friendly exhibition at the Muskegon Museum of Art.

All ages are welcome, so bring your family, friends, and maybe even your co-workers. You can even reserve a private golf evening at the MMA for your business, organization, or private party. Contact the Muskegon Museum of Art for details.

Admission for MiniARTture Golf at the MMA is free for MMA members, $15 for non-members, and $5 for kids 17 and under.

MiniARTure Golf at the Muskegon Museum of Art. January 6 – May 22.

For more information or questions, contact Kristina Broughton at [email protected] or call at (231) 720-2574. 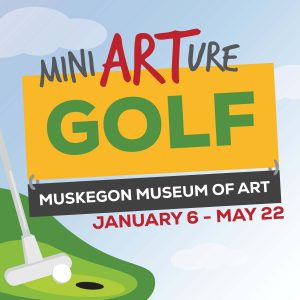 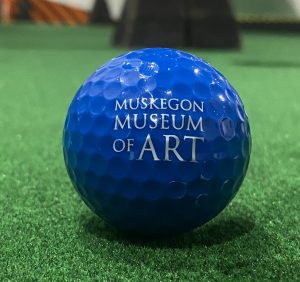 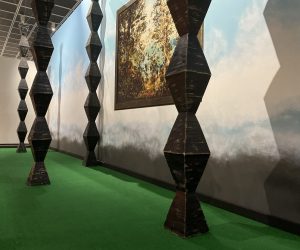 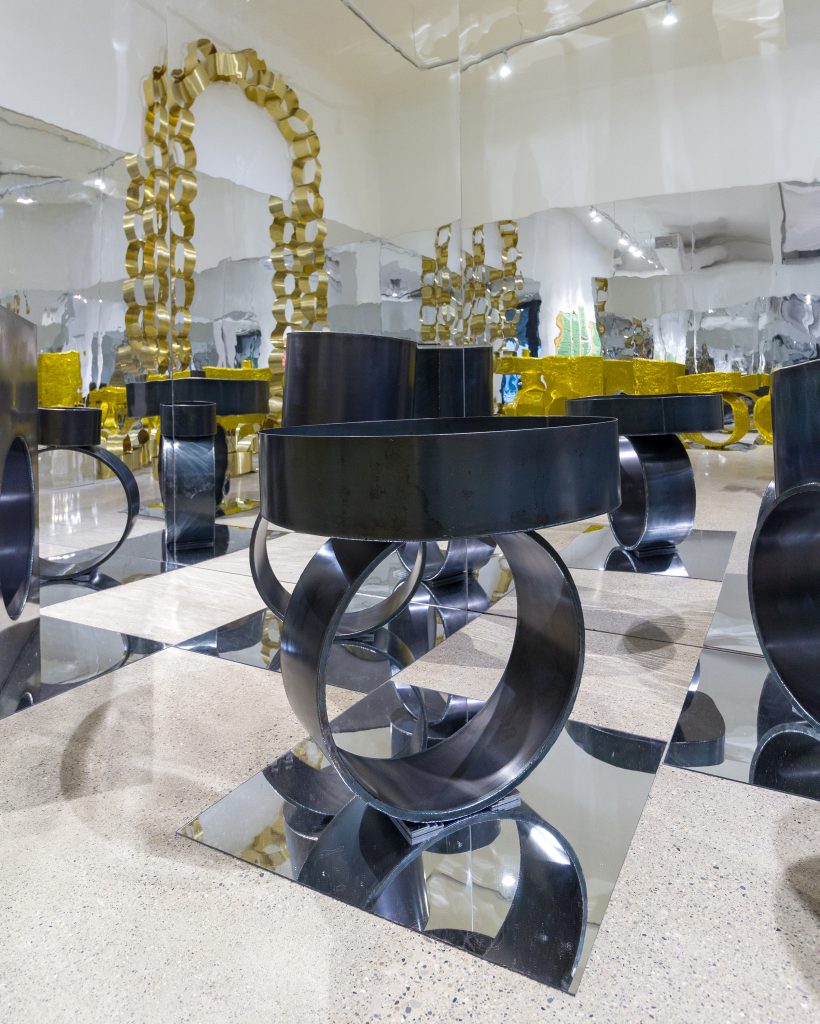 Jewelry Box is an immersive experience where large-scale jewelry pieces, gold, and mirrors will transform the MMA’s Olthoff Gallery into a flashy display of dynamic exploration, self-identity, and fashion. Massey uses the concept of adornment as an examination of African diaspora and issues of race, class, and popular culture.

Massey was the first black woman to earn an MFA in metalsmithing from Cranbrook Academy of Art and maintains her studio practice in Detroit. Her art has been featured around the US and internationally, garnering multiple awards, such as a two-time winner of the John S. and James L. Knight Foundation’s Knight Arts Challenge and a 2015 Kresge Arts in Detroit Fellowship recipient.

For more information or questions, contact Kristina Broughton at [email protected] or call at (231) 720-2574. 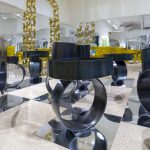 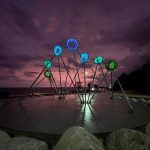 John Littleton and Kate Vogel, the artists who created CELEBRATING MUSKEGON, the outstanding sculpture in the roundabout at Lakeshore and Beach Street at Pere Marquette Beach installed this past April, will be at the Muskegon Museum of Art on Thursday, October 14. The artists will talk about their sculpture and about their more than 30 years of working together and creating art. More…